Bernard Faÿ was born in Paris on April 3, 1893 in a room above the office of his father’s law practice in rue Saint Florentin, next door to the Place de la Concorde, the fifth child in a family of seven. At the age of seven he contracted polio and until age 14 was obliged to stay at home, where he was educated by a private tutor Mr Achille Paysant, and his mother and brothers. He subsequently passed his baccalaureate examinations at the lycée Condorcet, received his degree in Classic Literature at the Sorbonne, and his Agrégation (French Professorial diploma) in 1914 on the eve of the First World War.

While his four brothers left for the front - one as a cavalry officer in the army of Champagne, another as a naval officer in the Mediterranean, another as an artillery officer in the east, and the eldest an aviator who died at the Somme on may 1918 - Faÿ, because of his childhood disability, became a volunteer in the military ambulance service. He served first in the Paris administration of the Red Cross, then in a Belgian hospital in Calais, and finally on the front at Verdun as assistant to the surgeon, Dr. Bouvier. He was awarded the Croix de Guerre in 1917 as well as the Order of Leopold II of Belgium.

At the end of the First World War (1919), Faÿ obtained a Victor Chapman Memorial Scholarship from Harvard University and departed for United States. He received his Master of Arts degree from Harvard (1920) and then became a Lecturer at Columbia University and at the University of Iowa (1920-1923).

In the year 1923 he was named Professor of Literature at the University of Clermont-Ferrand. He continued to visit America frequently, where he lectured at Northwestern University, the University of Chicago, the University of Buffalo, the University of Pasadena, Kenyon College and made presentations in French and English at branches of the Alliance Française.He also traveled throughout Europe to England, Belgium, the Netherlands, Germany, Hungary, Spain, Italy and Scandinavia.. He was elected an honorary member of the American Antiquarian Society, to Phi Beta Kappa, and received the Therouanne prize from French Academy, and from American Historical Association the Jusserand medal, and in 1971 the prize Saint Louis from French Association of Monarchist and Catholic press. 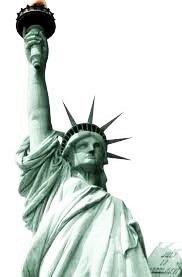